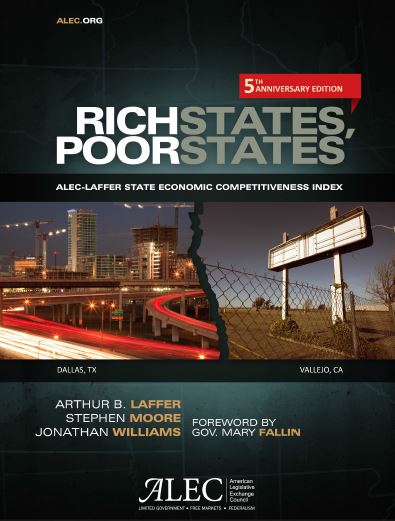 A Message from Gov. Mary Fallin of Oklahoma

In 2010, Oklahoma was just starting to climb out of the national recession that cost our state nearly 80,000 jobs. Like people all around the country, many Oklahomans were struggling. Jobs had disappeared in the wake of a financial crisis that was largely out of our control. Tax revenues were down, and the state was facing a budget shortfall of over $500 million. It was with that difficult backdrop that I reached out to our state’s legislative leaders to help me build the best, most competitive economic climate possible. We set about reducing government waste and making state government smaller, smarter, and more efficient. Like many times in our state’s history, we rose to the challenge.

While many other states were raising taxes in order to close their budget gaps—and driving out jobs in the process—we cut our income tax. We provided relief to working families and spurred economic growth in the private sector. As a result, we have seen a net increase of almost 30,000 jobs in the last 12 months, and our job growth rate ranks in the top ten among all states. Our unemployment rate continues to be one of the lowest in the country at 6.1 percent. And in 2011, Oklahoma ranked first in the nation for the growth of manufacturing jobs, which grew five times faster than the national average.

All of these successes are the results of the kind of common sense, conservative policies outlined by Dr. Art Laffer, Stephen Moore, and Jonathan Williams in Rich States, Poor States. I have been committed to these fundamental principles for years, and we are seeing incredible results because our legislators have had the courage to stand with me in support of conservative governance. Oklahoma’s economy is outperforming the national economy, and our success stands in stark contrast to the record of dysfunction, failed policies, and outrageous spending that occurs in Washington, D.C.

Oklahoma could teach Washington a lesson or two about fiscal policy and the proper size and role of government—and so could the tax and fiscal policy reforms espoused by ALEC.

Our growth as a state stands as a testament to the fact that low taxes, limited government, and fiscal discipline are a recipe for job creation. But our work is not done. Based on the success we have enjoyed enacting pro-growth policies like those championed by ALEC, our state is moving forward with a bold tax reform plan that will represent the most significant tax cut in state history and chart a course towards the gradual elimination of the state income tax. It will give Oklahoma one of the lowest overall tax burdens in the entire country, making us a more competitive state for those looking to move jobs here. This is the conservative centerpiece of our pro-jobs agenda that will let working families keep more of their hard-earned money and provide a higher quality of life for all Oklahomans.

My advice to state officials around the country is to get to work enacting these policies, or get ready to help your friends pack as they and their jobs get moving to Oklahoma!

What Others Are Saying…

“Rich States, Poor States provides legislators, policymakers, and the American people with an in-depth, timely, and honest insight into which public policies encourage economic growth and prosperity and which do not. Armed with the facts and a clear prescription for how to make America more competitive, states are then able to avoid costly misadventures in big government and instead focus on positive, proven solutions that empower entrepreneurs and create opportunities for their citizens.”

“As Speaker of the House in New Hampshire, my big concern is finding the best way to grow my state’s economy. Rich States, Poor States demonstrates that a competitive tax system and smart, priority-based budgeting attracts businesses to our state and helps grow our economy. With a stronger economy, we can provide our taxpayers the best environment possible for prosperity.”

“There is a light at the end of the tunnel and we are beginning to see signs of recovery.  To accelerate this recovery, states can benefit from each other’s expertise and experience.  This requires access to information and analysis from which we can learn from one another and implement best practices. Rich States, Poor States is a vital resource that will help shape sound fiscal policy in states across the country.”

“Rich States, Poor States is an excellent resource for us in Mississippi as we move to attract businesses to our state. This publication provides ample evidence that a competitive business climate will only motivate businesses to invest, innovate, and create jobs for Mississippians.” 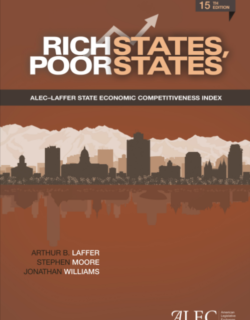